Billions of Gallons of Water Saved by Thinning Sierra Forests 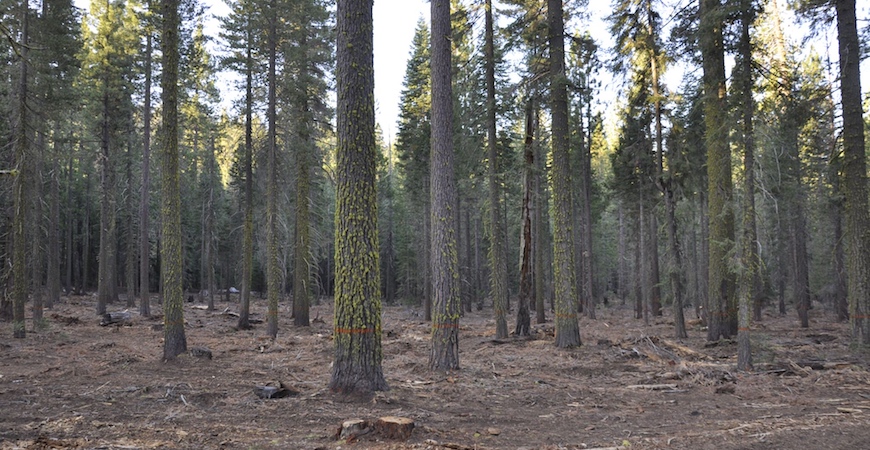 This comes as a surprise to those of us who see dense, verdant forests as a sign of a healthy environment. After all, green is good, right? Not necessarily. When it comes to the number of trees in California forests, bigger isn’t always better.

That’s in part because more trees means less water. Not only do trees use lots of water to carry out basic biological tasks, they also act like forest steam stacks, raking up water stored in the ground and expelling it into the atmosphere as vapor, where it’s inaccessible to humans and forest ecosystems until it falls back to earth as rain and snow. This process — by which plants emit water through tiny pores in their leaves — is known as evapotranspiration (ET). And according to experts, excessive ET may harm a fragile California water system, especially during prolonged, warm droughts.

But new research published in the journal Ecohydrology shows that water loss from evapotranspiration has decreased significantly over the past three decades due in large part to wildfire-driven forest thinning — a finding with important implications for forest and water management.

A century of forest management kept wildfire to a minimum. But without fire, Sierra forests grew exceedingly dense. In recent decades, new policies have allowed nature to take its course, with wildfires helping to thin out overgrown forests. The new study shows that the impact on water supplies has been tremendous.

“Forest wildfires are often considered disasters,” said Richard Yuretich, director of the National Science Foundation’s Critical Zone Observatories program. “But in fact, fire is part of healthy forest ecosystems. By thinning out trees, fires can both reduce water stress in forests and ease water shortages during droughts. And by reducing the water used by plants, more rainfall flows into rivers and accumulates in groundwater. 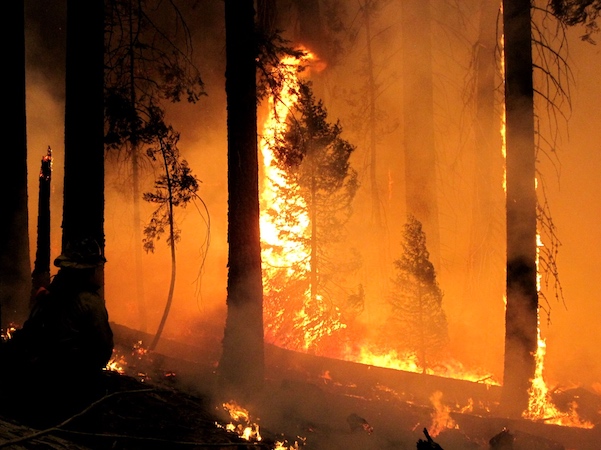 Prescribed forest thinning has increased in recent decades in an effort to stave off disastrous wildfires fueled by dense forest. But this study shows that restoring forests through mechanical thinning or wildfire can also save the state billions of gallons of water each year.

"We have known for some time that managed forest fires are the only way to restore the majority of overstocked western forests and reduce the risk of catastrophic fire,” said James Roche, a National Park Service hydrologist and lead author of the new study. “We can now add the benefit of potential for increased water yield from these watersheds."

Forested areas needing restoration are large, but potential changes in water availability are significant. The total effect of wildfire over a 20-year period suggests that forest thinning could increase water flow from Sierra Nevada watersheds by as much as 10 percent. But that assumes the state is willing to invest money and manpower to thin Sierra forests.

“The need for forest restoration is being driven largely by the need to lower risk of high-intensity wildfire and restore forest health,” said Roger Bales, director of UC Merced’s Sierra Nevada Research Institute and study coauthor. “However, downstream users who benefit from increased water yield represent an important potential revenue stream that can help offset some of the costs of restoration.”