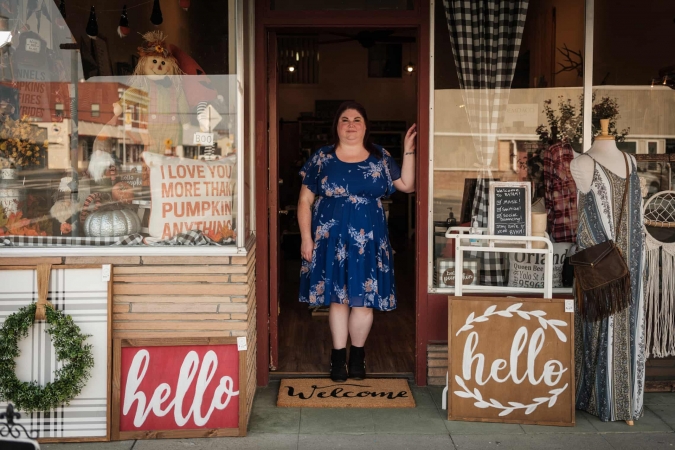 Panda Bell lived in Paradise until the Camp fire in 2018. The fire was so traumatic, Bell could not return. Photograph: Max Whittaker/The Guardian

In the last two years, Erin Finafrock has lived in a trailer and at the homes of friends in three California cities. She has camped at a fairground and in between swaths of fire-blackened forest. She has slept on owl-print sheets in a tent next to a busy Oakland street.

When the Camp fire tore through the town of Paradise and its surroundings in Butte county, California, in November 2018, it also upended her life. Finafrock, 34, was living in nearby Magalia with a boyfriend and cat, and had just months earlier found stability after years of addiction, homelessness and being away from her children. She had fallen in love with the quiet communities in the Sierra Nevada foothills.

“I like small spaces,” she said. “When I got to Magalia, it was like a little piece of heaven. The forests and beautiful rivers everywhere.”

It was near one of those rivers that a worn hook on an almost 100-year-old PG&E transmission tower failed, casting sparks into the brush below. Exacerbated by increasingly hot and dry conditions caused by the climate crisis, the wind-driven fire would become the deadliest and most destructive in California history. It killed 85 people and obliterated nearly 14,000 homes in an area that had long been more affordable than much of the state, displacing, at its peak, over 50,000 people. The scale of destruction was almost without precedent in modern US history.

“We always have had some fire risk … but to lose a whole small city … it was really a shock to everyone,” said LeRoy Westerling, a fire scientist at UC Merced.

Paradise is rebuilding – an estimated 3,000 people live there today – as are other areas affected by the fire, including Magalia, Concow and Butte Creek Canyon. But tens of thousands of its former residents have not returned. Some have rebuilt elsewhere, often after sojourns in hotels, parents’ guest bedrooms or on friends’ couches. Others are still struggling to find a place to call home.

Affordability, trauma and concerns about the future of Paradise and the other Ridge communities have shaped decisions about where to go. Some have resettled nearby, hoping to stay close to their hometowns and families. Others have left the state, in search of a new inexpensive place to rebuild. All too often, those with the least resources have faced the greatest challenges.

The fire has not only dramatically altered the lives of those affected by it, but the towns many of them have chosen to resettle in. More than 16,000 people displaced by the fire have moved to other Butte county communities. Chico, a university city of 110,000 close to Paradise, grew by more than 10,000 people. 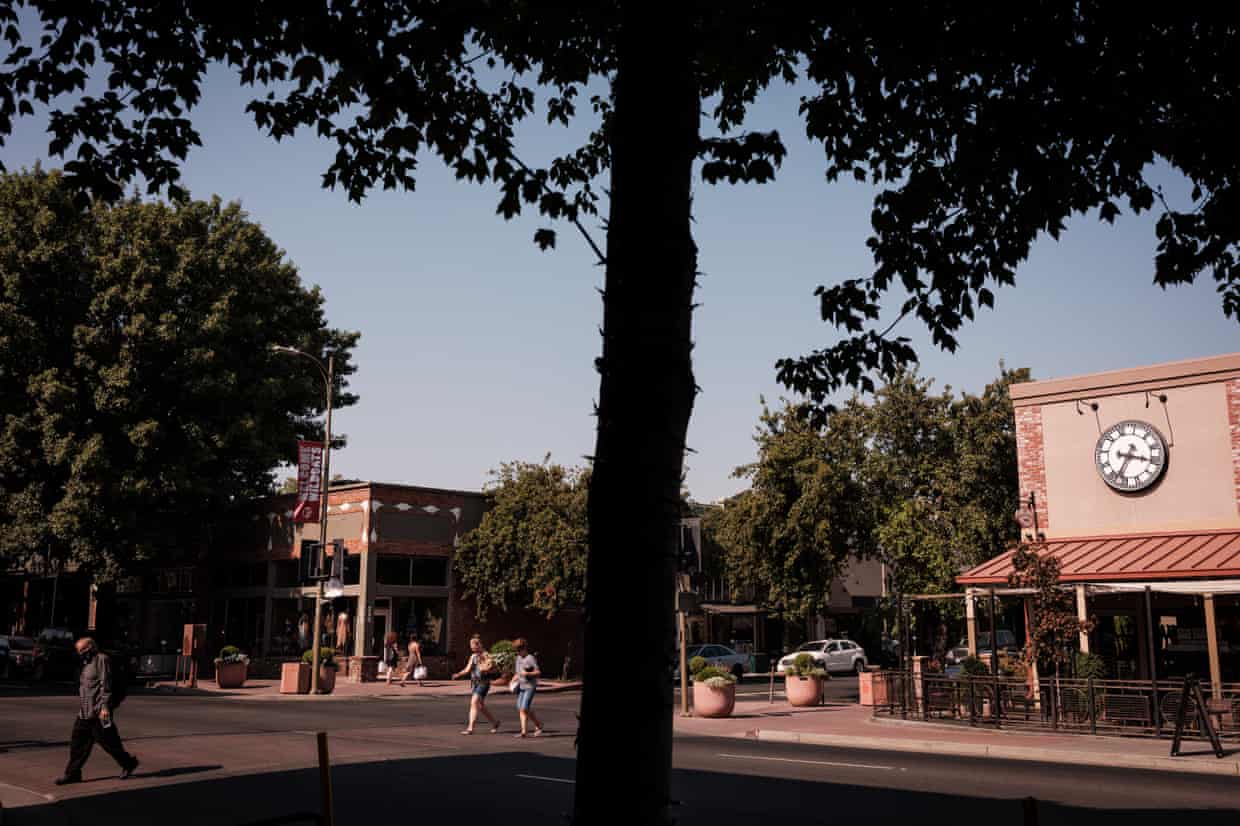 Chico, a university city of 110,000 about 15 miles west of Paradise, grew by more than 10,000 people after the Camp fire. Photograph: Max Whittaker/The Guardian

Nurse Matt Rosendin and his family were among those to eventually settle in Chico after they lost their 1950s-era home in Paradise. “It overlooked the canyon and it was like it was all ours,” Rosendin recalled about his property.

After a difficult evacuation, during which Rosendin spent hours unsure if his wife had escaped the fast-moving fire, the couple sought shelter at his in-laws’ an hour south. They later moved to a rental home in Willows, 50 minutes from Paradise, before buying a home in Chico in April 2020.

“One of my goals was to, as quickly as I could, get some stability and normalcy again,” Rosendin, a father of three, said. “There is no stability up there. It’s starting to come back but there were so many more questions than answers – what’s the town gonna look like? Is the water safe? Could we get insurance? … I just wanted to get back to a normal life.”

The family had good insurance, Rosendin said, and they’ve been able to make a life for themselves in Chico, a community they had lived in previously.

Chico has struggled to accommodate the sudden boom, which Mark Orme, the city manager, said was “like 15-20 years of population growth overnight”.

Traffic, and collisions, waste management and sewage use increased significantly. Butte county was already facing a housing shortage, and the fire worsened it. Evacuees struggled to find apartments in the area, and in the month after the fire Chico had the top real estate market in the US in terms of interested buyers. The city has applied for grants for road projects, but hasn’t been able to expand fire and policing services to meet the population increase, Orme said. 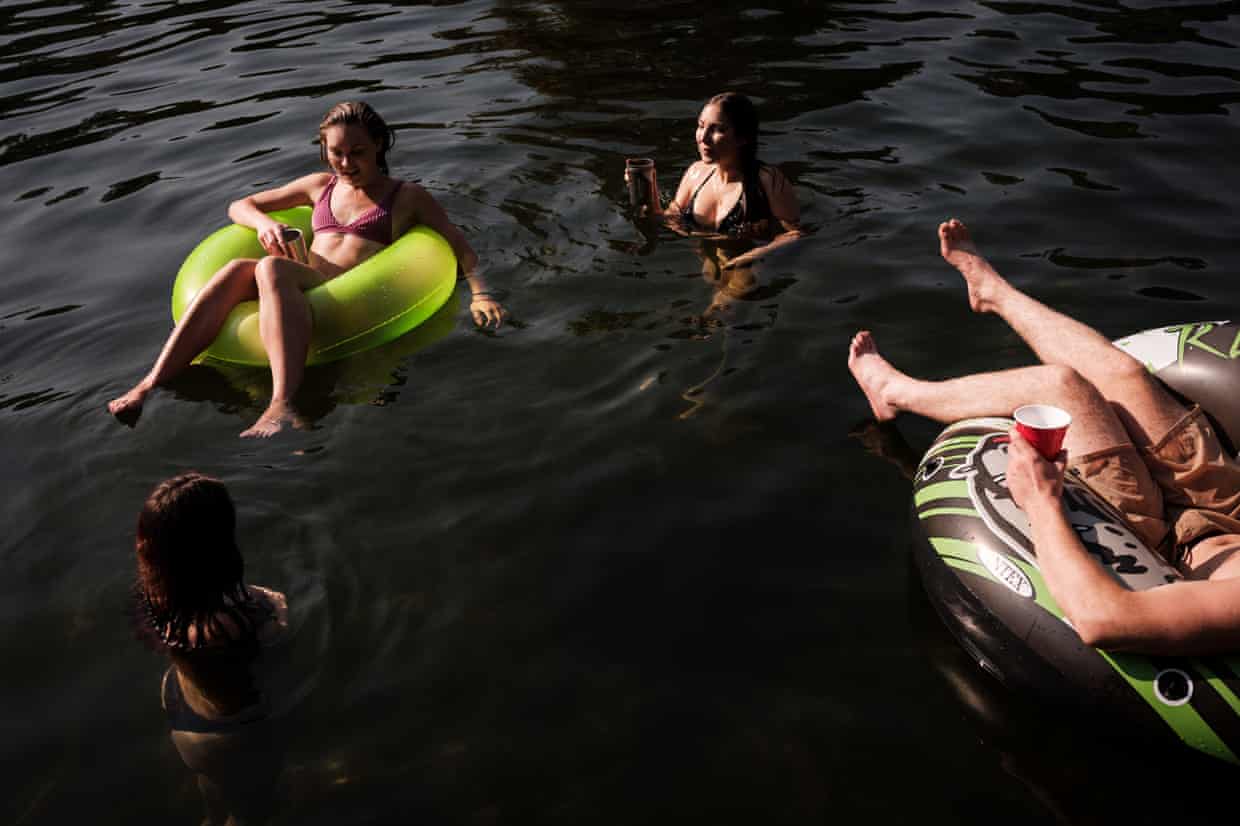 “We continue to try to find resources to help,” he said. “It’s a race to get back to that quality of life that is so cherished in this community. It’s been a strain on resources. We are finding a footing. We’ll get there.”

It’s a scenario that’s likely to repeat itself in the coming century as the US sees more destructive natural disasters and increasingly extreme fires. The state saw a sweltering heatwave over the weekend and an onslaught of wildfires. More than 2m acres have burned this year, surpassing a record set in 2018.

“That’s what the future is going to look like,” said Jesse Keenan, a climate adaptation expert at Tulane University, adding that cities that are at lower risk from phenomena such as sea level rise or wildfires should prepare for the possibility that large groups of people could seek refuge there.

Keenan pointed at the ripple effects of such displacement. Chico will probably see rapid urbanization, much of it unplanned. The flood of new people in a small market has driven up real estate prices, complicating the lives of many for whom affordability was a key reason for living in the area.

It isn’t just disasters themselves that push people out, Keenan continued. Even for those who don’t lose their homes, the stress of living in a high-risk area and the cost of insurance can also drive migration. In the communities affected by the Camp fire, remaining residents have seen their rates in some cases double, or drop entirely.

“Your insurance going up is an economic burden. If you can’t get insurance then you’re in default on your mortgage and they can actually foreclose your mortgage,” Keenan said. “All of this imposes huge stress and duress on households.” 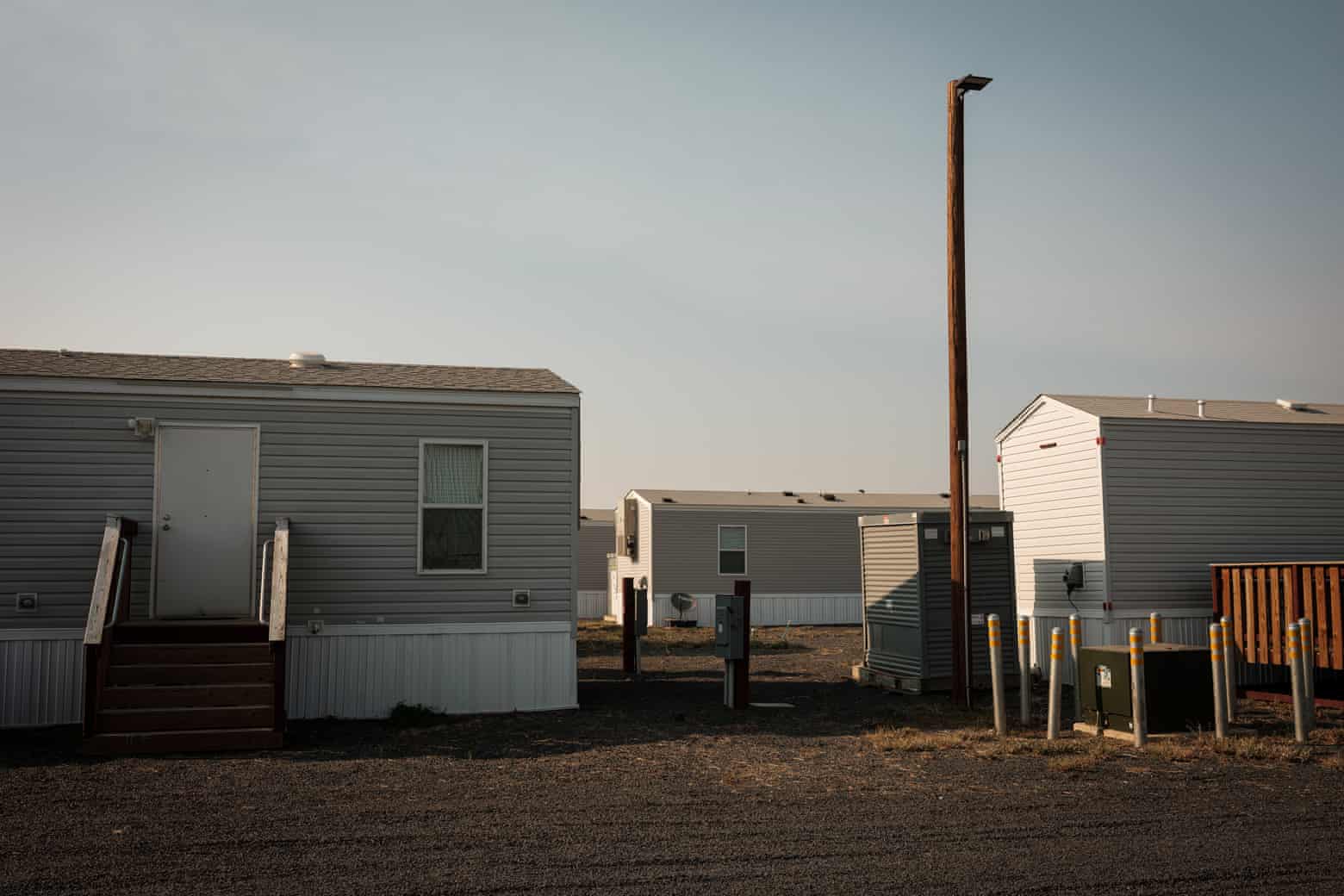 Outside of Chico, a few hundred people remain in housing provided by the Federal Emergency Management Agency (Fema) in the smaller communities in Butte and Glenn counties.

Skye Sedwick, whose 82-year-old father, John, died after spending hours fighting the flames and saving neighbors’ homes, moved into a small trailer in Orland in early 2019 before landing in a two-bedroom at a temporary Fema community in Gridley. In recent months, she’s watched the complex of some 400 uniform, light grey manufactured homes slowly empty as families seek permanent housing elsewhere. The agency had planned to start collecting rent from residents, but announced last spring it would delay that until October amid the coronavirus pandemic.

Sedwick plans to leave in the coming months. She wants to return to the Magalia property that’s been in her family for more than 70 years and build a home to share with her son and grandson. The fear that fire could return lingers, but she can’t bring herself to abandon the hill her father cherished with its majestic grey pines and Douglas firs and view of Sawmill Peak across the West Branch Feather River Canyon. “It’s a beautiful place and it’s mine,” she said.

Others can’t bring themselves to return. Panda Bell, 35, lived in a quirky Paradise home, a converted church, with her disabled mother, stepson and husband. When they drove away with their three dogs on 8 November 2018, flames were encroaching on their fence and gazebo. Seeing their town overcome, flames all around them and the sound of explosions in the distance, was so traumatic Bell knew she could never live in Paradise again.

For the first two months, Bell and her family bounced between relatives’ apartments and hotel rooms for a night or two when they could find them. They spent most hours in their Honda Pilot, gathering paperwork, driving to stores to purchase essentials, clothes and toiletries, and taking Stella, Remington and Sweet Pea to the dog park. 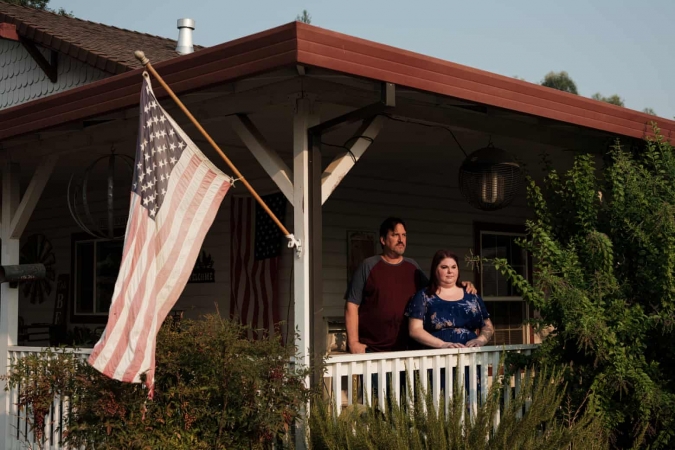 Panda and Dan Bell have made a new life for themselves at their new property in Orland, west of Paradise. Photograph: Max Whittaker/The Guardian

It took two months for them to find a rental home, and shortly after, they bought a property in Orland, a town of just under 8,000, 45 minutes west of Paradise. It’s an almost three-acre plot, big enough for them to have goats and chickens and with room for the dogs to run around. Bell, who previously worked as a seller at a boutique, opened her own store where she sells home decor and Paradise-themed goods that are locally made.

“All of our Paradise customers that knew me from the store come to Orland to shop with us. I still have my same customers,” she said. “I love it.”

Still, it’s been a challenging period for the family. Bell’s mother, who had struggled in the aftermath of the fire, died earlier this year.

“My mom was never quite the same after the fire,” she said. “My dad had passed a few years earlier … everything that was from their life together was lost.”

The family has kept the Paradise property, unsure what they’ll do with it, but they won’t be returning. 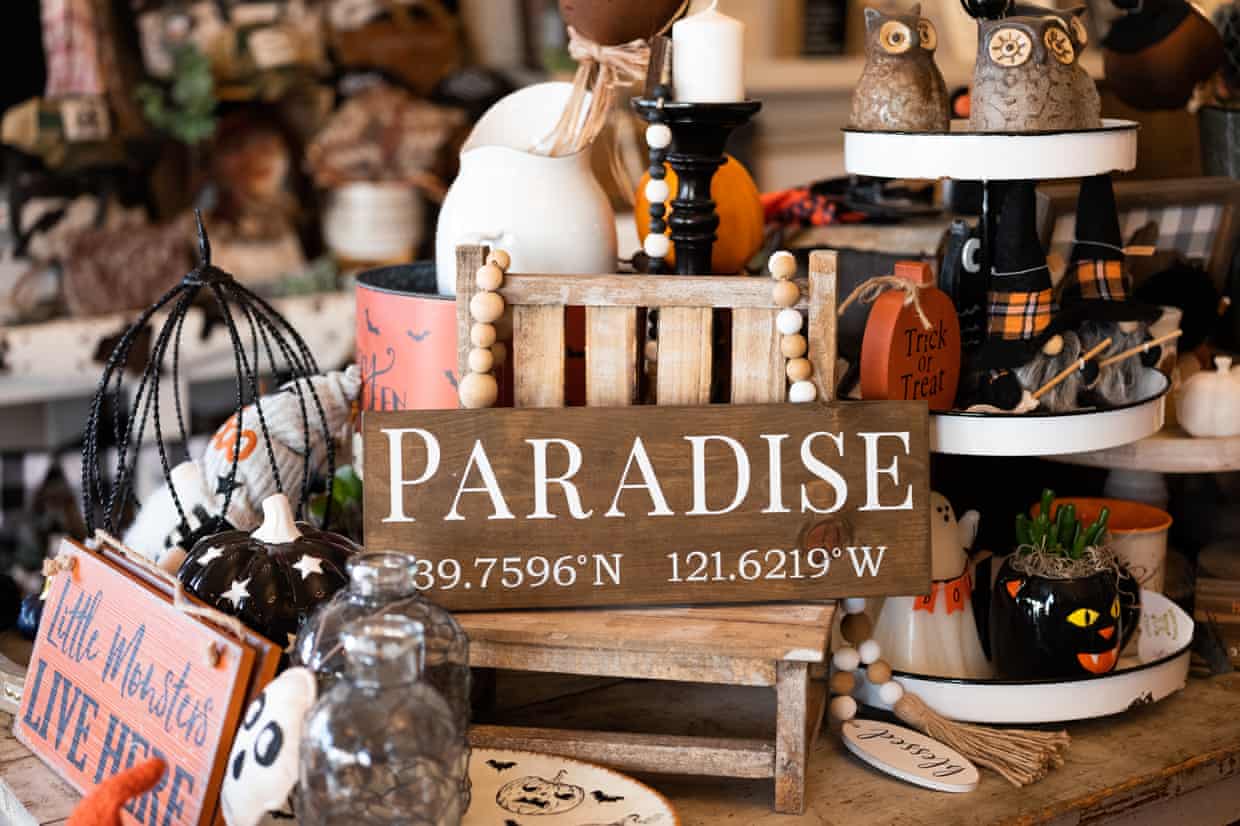 After the fire, Erin Finafrock stayed in different cities around Butte county, looking for permanent housing, but faced setback after setback, including the theft of an RV that someone donated to her before she ended up back in her hometown of Oakland, where she learned she was pregnant with twins.

She now lives with her four children and aunt near Santa Rosa, thanks to the donations and support she received from a nonprofit after she was interviewed for a local news story and assistance from residents of the Ridge, who upon hearing her story sent thousands of dollars worth of items. Finafrock found a job and has been able to have all her children back in her life, she said.

Despite the hardships she experienced, Finafrock stayed sober, something she is particularly proud of. She hopes to return to the Ridge or a nearby community.

“I love these little towns,” she says. “I’ve been through a traumatic event with these people. They’re my family now.”