In the West, Lightning Grows as a Cause of Damaging Fires

Wildfires in the West caused by lightning have been growing bigger and occurring more frequently. If the weather extremes already brought by climate change are any indication, other parts of the country will start paying a price, too.

Wildfires have burned across much of the West in 2020, with enormous blazes raging across swaths of California, Washington, Oregon and now Colorado. While this year’s intense lightning storms in California could prove to be an anomaly, research suggests that lightning is an increasingly common cause of large blazes, and that climate change may cause an increase in lightning strikes over the continental United States in coming decades.

Human activity causes the majority of wildfires, whether through downed power lines, accidentally thrown sparks or arson, but by some measures, the effect of lightning on wildfires is disproportionately large. According to the U.S. Forest Service’s wildfire database, 44 percent of wildfires across the Western United States were triggered by lightning, but those were responsible for 71 percent of the area burned between 1992 and 2015, the most recent data available.

Park Williams, a fire expert at the Lamont-Doherty Earth Observatory, has found that between 1992 and 2015 there was a nearly fivefold increase in Western forest area burned after lightning started a fire, versus a twofold increase for fires started by humans. “The fires that have been getting bigger tend, more often than not, to be lightning-induced,” Dr. Williams said. 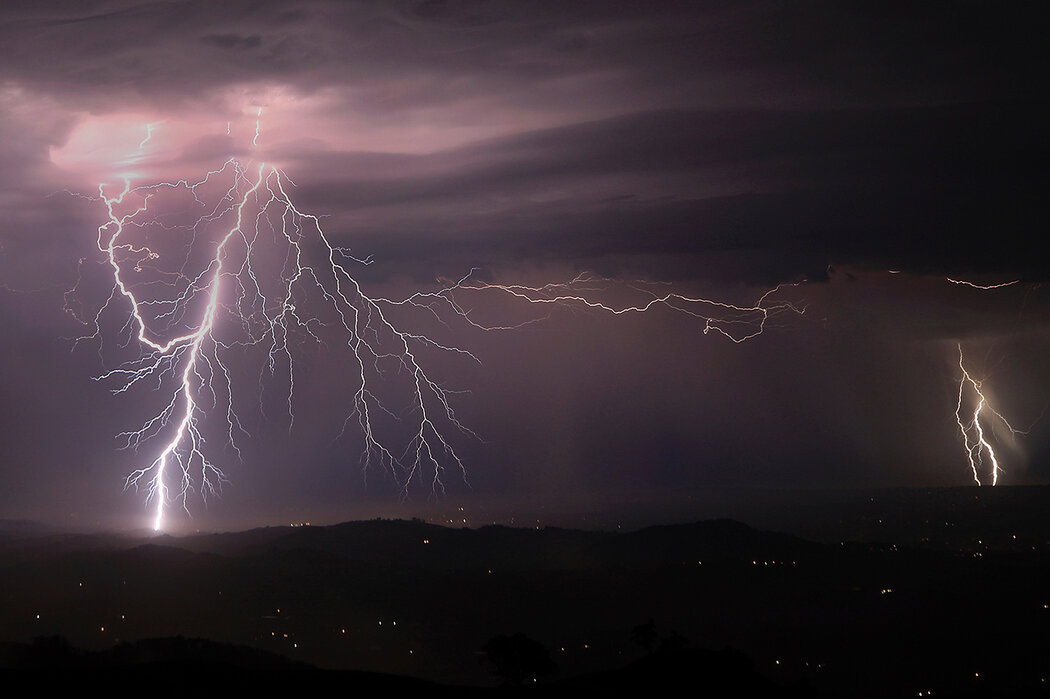 Several major fires in California were sparked by lighting this year. The L.N.U. Lightning Complex burned more than 360,000 acres, making it one of the state's largest fires on record. Kent Porter/The Press Democrat, via Associated Press

“Lightning fires, they can start anywhere,” said Tyree Zander, a spokesman for Cal Fire who has worked on the LNU Lightning Complex disaster. Lightning fire in particular, he said, “has its own little mind — it creates its own story.”

For one thing, wildfires caused by humans tend to happen close to where people live and can often be dealt with quickly. However, lightning-caused fires can strike in inaccessible wilderness areas and can spread rapidly before a strong response can be put in place.

Researchers and the public tend to focus more on fires caused by people. Lightning as a source “is being ignored in a lot of the public discourse on the topic right now,” said John Abatzoglou, an associate professor in management of complex systems at the University of California, Merced. “We want to personify these fires. We want to blame somebody. But lightning doesn’t have a face.”

Climate change is a major factor in the growing impact of lightning strikes, because these areas of the West are becoming more dried out. A lightning fire that might not have spread so quickly decades ago leaps across the landscape of dry vegetation.

Looking at the unusually hot weather in California and its effect on vegetation and burning, David Romps, a scientist at UC Berkeley, cited the burning of fossil fuels that is heating up the planet. “This is all, of course, because of global warming,” he said.

The electrical storms in California that sparked so many fires this summer involved what are known as “dry lightning,” arcs, accompanied by little to none of the rain that can help keep fires from getting out of hand. But even conventional, rainy thunderstorms can lead to fires, said Neil Lareau, a professor of physics at the University of Nevada, Reno. If the rain is brief, it “doesn’t do anything to really change the state of the vegetation,” he said.

Climate change may bring more lightning in coming decades. By the end of the century, if humanity doesn’t slash greenhouse gas emissions to fight climate change, “we might expect to get 50 percent more lightning,” said Dr. Romps, the director of the Berkeley Atmospheric Sciences Center, who published a paper on the topic in 2014. “We don’t necessarily know what that means for wildfire, but we can make an educated guess,” he said.

Dr. Romps stressed that 50 percent more lightning does not mean 50 percent more fire, since not all lightning strikes places that are prone to ignite. Still, he added, a warming world with so much flammable vegetation “makes it more likely for a fire to start, regardless of what the ignition source is, and that makes it easier for that fire to spread.” 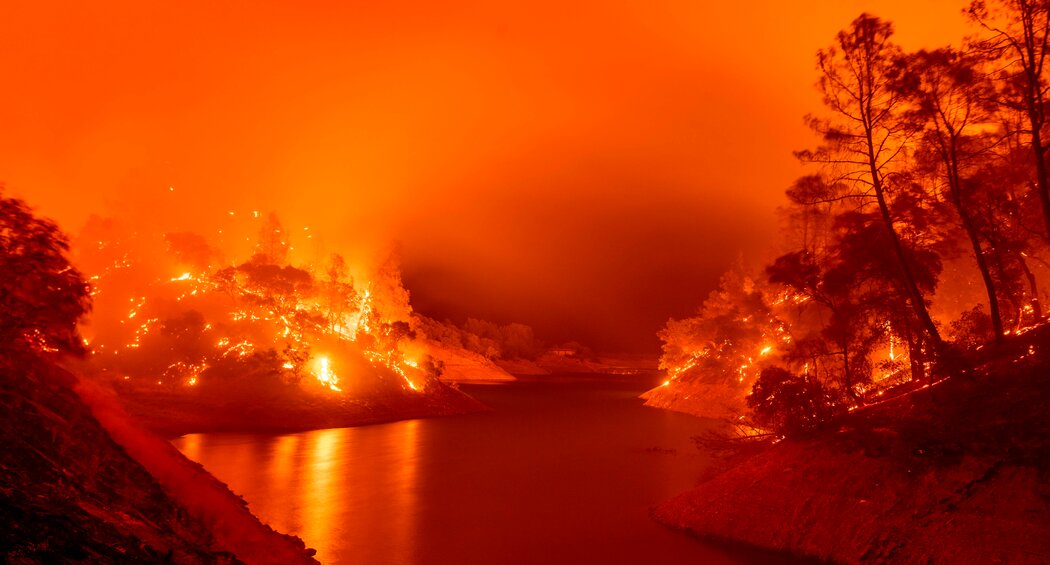 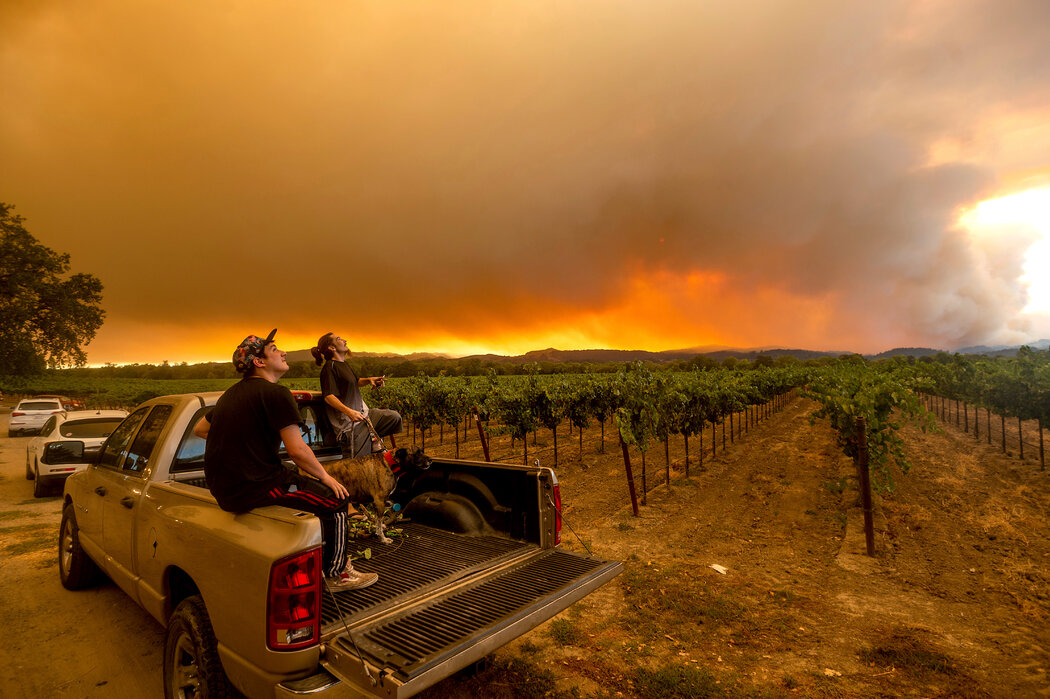 Smoke from wildfires this summer has tainted grapes in some of the nation’s most celebrated wine regions.Noah Berger/Associated Press

Other researchers studying the potential effects of climate change on lightning and using different computer models have suggested a less dramatic future. A 2018 paper even suggested a reduction of lightning by some 12 percent worldwide, with the greatest effect in the tropics. But even that research found a slight increase in lightning over the continental United States.

Getting a handle on what effect climate change might have on lightning is daunting and complex, said Lee T. Murray, an assistant professor of Earth and Environmental Sciences at the University of Rochester. Some 10 to 20 different conditions that are currently correlated with lightning flashes could be expected to change in the future, he said, and climate change could affect any of them.

“At present we don’t know which will win out,” he said. But NASA satellites are now monitoring the flashes with precision, he added, and will be able to set the baseline for future observations. “This is going to be a game changer for understanding lightning variability going into the future.”

Whatever effect climate change has on the frequency of lightning, climate change will continue to load the dice for more fire in the West, said Nina S. Oakley, a research scientist at the Center for Western Weather and Water Extremes at the Scripps Institution of Oceanography, University of California, San Diego.

“Even if there were no changes in lightning frequency, the impact of warmer and drier conditions associated with climate change help make lightning more effective at igniting wildfires,” she said. “With drier vegetation, there is a greater likelihood of a lightning strike igniting a fire, and greater opportunity for that fire to grow.”

And not just in the West. Warmer temperatures and drought are expected to reach other parts of the country as warming continues. Recent research suggests that combinations of extreme heat and drought that could make lush forests more prone to fire are occurring together more frequently — not just in the American West, but also in the Northeastern and Southeastern United States, as well.

As Craig Allen, a research ecologist with the U.S. Geological Survey, put it, wildfire could be “coming soon to a landscape near you. Wherever you are.”