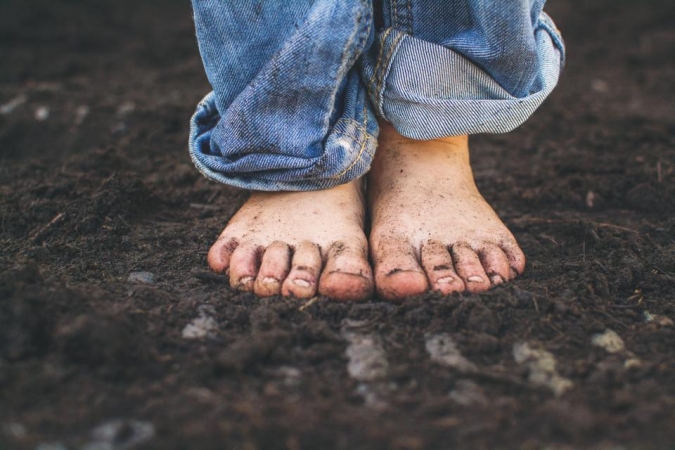 Could the Earth's soil be a key ally in the fight against climate change? GETTY

The world is facing a climate crisis, spurred on by record-breaking levels of atmospheric CO2 generated by the burning of fossil fuels and the destruction of natural ecosystems.

But what if one of the best weapons in our fight against global carbon emissions lies right beneath our feet? That’s the claim of a new generation of biotech firms, who say they can turn the world’s soil into a vast carbon sink, absorbing up to a quarter of annual emissions.

One such company, Soil Carbon Co., based in Australia’s New South Wales, claims that by tailoring communities of microbes that live within farm soil, humans can potentially turn back the clock on human emissions while producing better crops.

“We develop microbiological seed treatments comprised of microbial fungi and bacteria designed to provide plant benefits,” explains Guy Hudson, Soil Carbon Co. CEO. “As that plant grows it exudes sugars into the soil that are converted into stable soil carbon by the fungi.”

Once added to fields by farmers, Hudson says this solution enables the soil to quickly build significant quantities of stable carbon, stored in tiny balls of soil called microaggregates, preventing the carbon from being released back to the atmosphere.

How effective is it this method?

“Results from our studies show a 7-17% soil carbon increase over a season. If you extrapolate out to the 1.8 billion hectares that we crop each year, you would be looking at about 8 gigatons of CO2 equivalent being drawn down,” Hudson claims. Going by IEA stats for 2019, that would equate to just under 25% of the 33 gigatons of CO2 emitted globally that year.

That sounds pretty incredible. But how realistic are such claims?

As any gardener knows, introducing organic matter into the soil using compost improves soil quality, increasing the retention of water and nutrients and resulting in more productive, healthier plants. But in the face of climate crisis, the potential of soil organic matter to store carbon has begun to attract widespread interest.

As the United Nations Framework Convention on Climate Change has repeatedly stipulated, the number one climate action priority must be for nations to reduce emissions at their source. But in conjunction with such efforts, carbon removal processes address the emissions that have already been released: tree planting drives are perhaps the best known of such initiatives, while a raft of chemical processes for capturing carbon are in development, along with numerous other techniques such as the potential of ocean fertilization to capture CO2.

Lofty claims have been made for these methods, too: one study claimed that planting billions of trees could store “an equivalent of 25% of the current atmospheric carbon pool.” But some scientists questioned the practicality of the scale of such a project, saying that, among other difficulties, it could take thousands of years to achieve the necessary tree coverage. Meanwhile, direct air capture (DAC) technologies that use fans to absorb CO2 into other chemicals are at present energy inefficient and expensive to run.

Soil carbon proponents say their solutions are comparatively easier to deploy, and relatively inexpensive: while some carbon capture methods can cost hundreds of dollars per ton of CO2 equivalent captured, Carbon Soil Co. says its method costs between $20 and $50 per ton. What’s more, such firms are making it possible for farmers to be paid for using their soil to store carbon: one Boston start-up has claimed it wants to facilitate the storage of one trillion tons of CO2 in soil in this way, financed through a range of measures such as carbon offsets.

“I personally think soil offers one of the best win-win solutions for carbon capture, enhancing natural processes in relatively cost effective ways,” says Asmeret Asefaw Berhe, professor of soil biogeochemistry and Falasco Chair in Earth Sciences at the University of California Merced. “Soil has little risk of additional problems that can arise from technological solutions to climate change, while achieving significant results.”

Berhe, who presented a TED talk on the topic last year, is keen to emphasize that, unlike some of the newer technologies for capturing carbon, soil and its natural processes are well understood.

“Carbon is continually cycling within the Earth system—this includes the processes of photosynthesis, decomposition and respiration by microbes,” she says. “Currently only around half of the CO2 released to the atmosphere annually actually stays there. The rest is taken and sequestered by land and oceans—that is to say, these natural ecosystems are bailing us out.”

But when it comes to individual solutions, Berhe says it is not clear how easy it will be to reproduce promising carbon capture outcomes in locations all around the world. “It is hard to tell what the actual results will be and how widely it would be applicable across different types of soils in different environmental conditions,” she says.

But in the fast-moving sphere of climate science, there are those who are skeptical of the claims being made of soil’s potential to ride to the rescue.

Bonnie Waring, a carbon cycle expert and senior lecturer at the Grantham Institute of Climate Change and Environment, Imperial College London, says soil is far from being the climate silver bullet.

“Soil contains more carbon than all terrestrial plants and the atmosphere combined, so even small changes in the balance between soil formation and loss can have major impacts on the climate,” Waring says. “However, the technologies proposed are unlikely to play a major role in this area.” 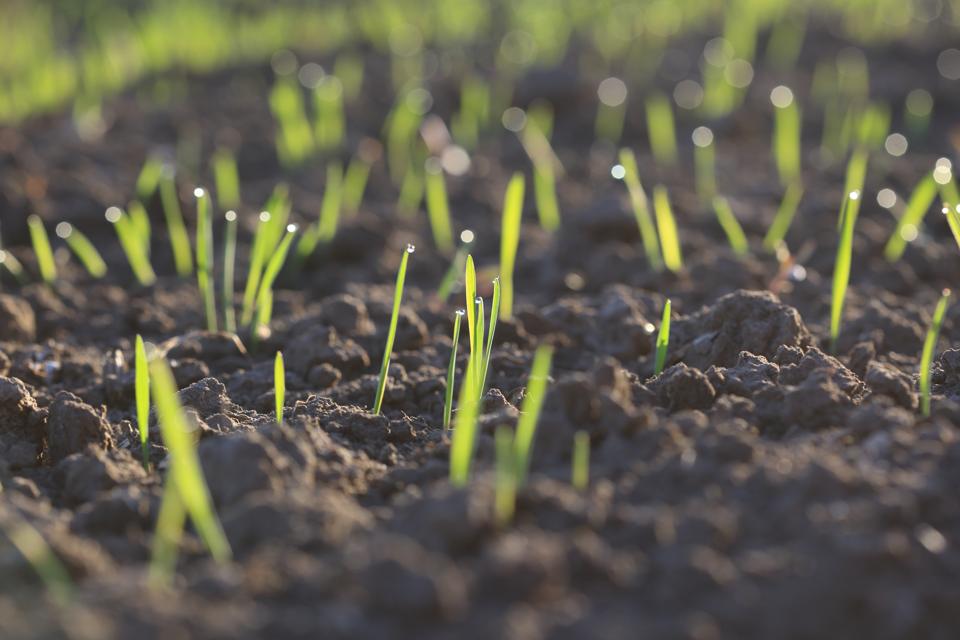 Soil microbial respiration plays a key role in the global carbon cycle. But can soil be made to hold onto that carbon for longer, and help slow climate change? GETTY

Waring says that, according to recent research, while microaggregates containing carbon can persist for months or even years in the soil, eventually they are broken down, releasing their carbon payload. “Scientists now realize that no compound in soil is impervious to decomposition,” she says. “Loss of soil carbon in agriculture is a serious problem, but there is still substantial uncertainty surrounding the practices that mitigate it.”

Waring, who heads the Waring Ecology Lab at Imperial focusing on imbalances in the global carbon cycle, also highlights the complex nature of soils globally.

“The processes controlling soil carbon sequestration are incredibly complicated, and there is unlikely to be a ‘one-size-fits-all’ solution that can be applied to soils across all contexts to enhance carbon capture,” says says. “The best thing we can do is to protect carbon-dense ecosystems, like forests and prairies, while continuing to research the impacts of different agricultural technologies on soil carbon.”

To these observations, Hudson references the work of soil scientist Rattan Lal, this year’s winner of the World Food Prize, whose work on microaggregates has suggested some forms of soil organic carbon can remain stable for millennia. Hudson also claims that the cyclical nature of carbon has been factored into his firm’s research. “Our modelling includes the fact that large proportions of the soil organic carbon we are building will be decomposed and respired back into the atmosphere,” he says. “The stable remainder still leads to an environmentally significant amount of CO2 removal. Our aim is to increase the storage of carbon to levels higher than what our current agricultural systems are achieving.”

“We need all tools at our disposal and it's really important to protect carbon-dense ecosystems, like forests and prairies,” Hudson says. “It will take a range of approaches and stacked technologies to fully realise the potential of soils globally.”

While debate surrounding emerging green technologies is ongoing, it is clear that the experts agree on one principal point: that the scale of the climate challenge requires a multi-pronged approach. In order to do that, every viable method to reduce and capture emissions, from protecting existing habitats to pioneering decarbonizing technologies, will need to be exploited to its full potential.