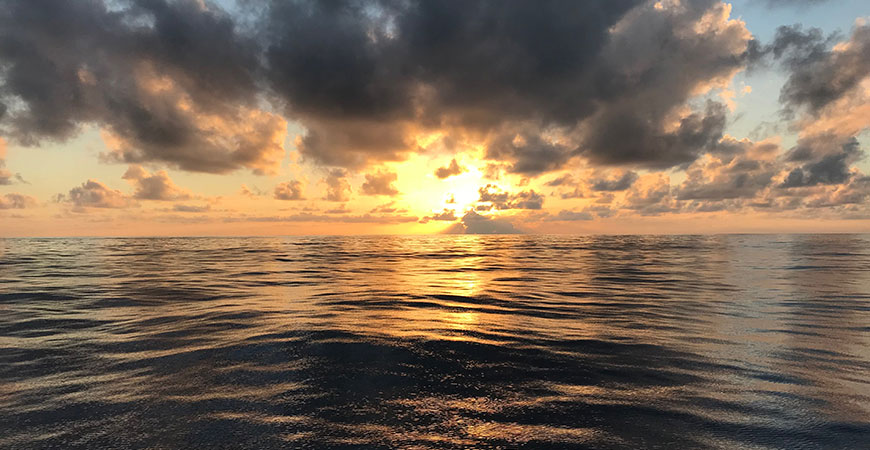 Even the tiniest organisms have a surprisingly huge effect on life in the oceans, eating up the last bits of oxygen in certain areas, preventing larger marine life from surviving there, a new study shows.

Beman studies oceanic oxygen minimum zones (OMZs), which are large and globally significant areas where there is little to no oxygen. OMZs occur naturally, in contrast to the similar “dead zones,” which can be produced by pollution.

Microorganisms known as chemotrophs get energy by oxidizing other nutrients in their environments. One of the major questions Beman wanted to answer is how these microorganisms consume oxygen down to such low levels.

While working on earlier nitrite oxidation research, Beman and his collaborators were surprised by some of the patterns they observed but weren't sure how much oxygen is consumed.

“We wanted to examine that aspect and find out how the nitrite oxidizers compete with other organisms for oxygen,” Beman said.

Their newest study shows that a particular group of nitrite-oxidizing bacteria called Nitrospina have evolved into low-oxygen specialists, playing a key role in removing the last few traces of oxygen from OMZs.

By oxidizing nitrite — a form of the dissolved nutrient nitrogen — they change how several other compounds are produced or consumed in the ocean. In some ways, that’s good, because it likely results in more carbon being sequestered to the deep ocean and in less nitrogen being lost to the atmosphere.

However, the Nitrospina leave no oxygen for larger creatures, such as fish, to use.

The main OMZs are found in the eastern tropical north Pacific off Mexico and Central America, in the eastern tropical south Pacific off Peru and Chile and in the Arabian Sea to the east of India, Beman said. They are found between 200 and 800 meters deep because of ocean currents and mixing. But the major OMZs are expanding because of climate change, and new OMZs are emerging, both of which affect where large organisms can live. 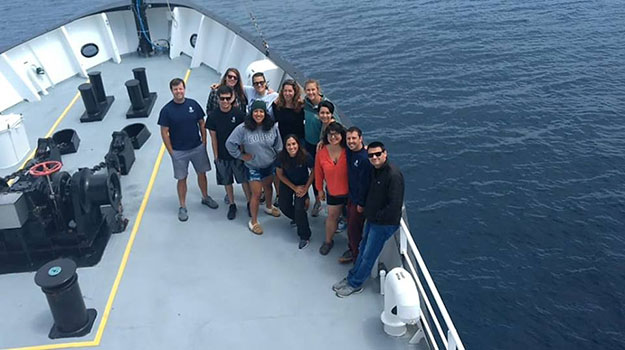 Professor Beman, left, and his research colleagues at sea.

Beman and his lab, including several undergraduate students, made a research expedition from San Diego to Mazatlán, Mexico, and another from Mazatlán back to California. They didn’t even let a Category 4 hurricane stop their work.

Hurricane Bud brought a great deal of flooding and other damage to Mexico in 2018. But the researchers knew the storm was coming more than a week ahead of time, so they adjusted their plans, steaming back and forth between research sites and small islands off the coast.

“We were extremely careful, of course, and the captain's charts had a large red area that was a no-go region, so we were at least 150-200 miles from the storm center. But, as you might imagine, we still experienced really rough conditions,” Beman said. “Once the storm moved out of the way, we continued our research. It turns out that it passed directly over several of our sampling stations, which we sampled about a week later.”

The researchers found that the hurricane did change oxygen concentrations dramatically, and they are examining those results in greater detail.

The latest work is part of a larger project and will include a look at other groups of organisms in the OMZ and how they interact. Beman said he has developed new collaborations to examine several related topics, including how carbon is cycled with collaborators at UC San Diego; and how microbes survive in deep sea sediments through collaboration with a scientist in Mexico.