In recognition of her contributions to photovoltaic devices and systems reliability, Professor Sarah Kurtz has been elevated to a Fellow in the Institute of 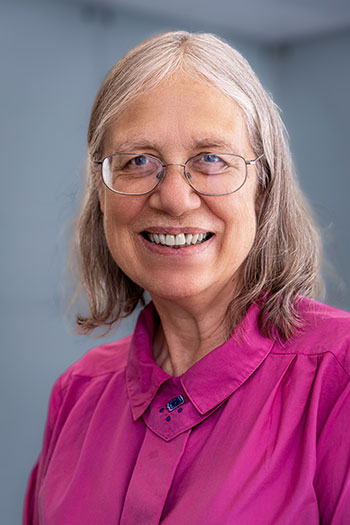 Fellow is the highest grade of membership in the IEEE, an international organization of engineers and scientists in electrical engineering, electronics and allied fields. The IEEE publishes the Journal of Photovoltaics (for which Kurtz is on the advisory board) and other journals.

Each year, the IEEE Fellow Committee follows a rigorous evaluation procedure and recommends fewer than 0.1% of its voting members for elevation to IEEE Fellow. Kurtz has been an IEEE member for about 30 years.

“I have been more engaged with the IEEE than with any other professional organization in my career. Thus, being designated a Fellow is particularly meaningful and timely as I have just worked with a group of faculty members to create a degree program at UC Merced for electrical engineers,” she said.

“As with being a Fellow for most organizations, there is an expectation that I will help write nominations and review nominations for new Fellows,” she said of her new status within the organization. “The IEEE also appreciates when the Fellows serve on various panels and participate in IEEE activities.”

After working for more than 30 years at the National Renewable Energy Laboratory in Golden, Colo., Kurtz joined the Department of Materials Science and Engineering in 2017 and is the department chair and the graduate program chair. Her lab is affiliated with UC Solar, and she focuses her research on renewable energy issues including performance, reliability and improvements in both photovoltaic systems and the grids they feed into.